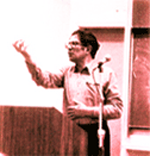 Adolphe (Ralph) Miliband was born in Brussels on 7th January, 1924 to Polish Jewish parents who had fled economic depression in Warsaw. Hitler’s invasion of Belgium in May 1940 as part of the Nazis’ Western Offensive split the Miliband family in half: Ralph and father Samuel fled to England, while Ralph’s mother Renée and baby sister Nan stayed behind and hid on a farm for the duration of the war. They would not be reunited until 1950. Settling in London as a refugee, the young Miliband changed his name from Adolphe to Ralph and found work as a furniture-remover emptying bombed houses. The huge class inequalities and appalling conditions of immigrants and refugees of the East End slums was to prove an incredibly politicising environment for Miliband. In the summer of 1940, he visited Marx’s grave in Highgate cemetery where he swore an oath to the workers’ cause. Inspired in particular by the writings of Harold Laski, Miliband successfully applied to Laski’s university, the London School of Economics and Political Science (LSE) in 1941. Politically active on campus, Miliband was elected Vice President of the LSE Students’ Union in 1943 but soon afterwards temporarily halted his university career to join the Royal Navy. In 1947, Miliband obtained a First Class degree and was awarded a Leverhulme research studentship to work full-time under Laski’s supervision on his Ph.D. thesis, Popular Thought in the French Revolution, which examined the political ideas of the illiterate ‘menu peuple’ (the ‘common people’). In 1949, Miliband became Assistant Lecturer in Political Science at LSE. 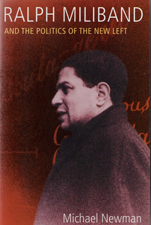 Miliband was to remain at the LSE until 1972 when he was appointed Professor of Politics at the University of Leeds. By this time, Ralph Miliband had become one of the leading Marxist thinkers and principal figures associated with the British New Left that had emerged after the Soviet suppression of the 1956 Hungarian uprising and the expulsion of dissident members of the Communist Party like Edward Thompson and John Saville for their criticism of Stalinism. Miliband’s first book, Parliamentary Socialism: A Study in the Politics of Labour (1961), argued through detailed historical study of the politics of Labourism since 1900 how the party's dogmatic attachment to the dominant parliamentary representative system compromised its commitment to socialism and class struggle. In 1964, Miliband launched the annual, Socialist Register, which he would co-edit with first Saville and then Leo Panitch until his death. Miliband’s growing scepticism about the parliamentary road to socialism grew throughout the 1960s and was combined with equal rejection of Communist and Trotskyist alternatives. The experience renewed his belief in accessible socialist education as one of the most important elements of building the mass socialist alternatives to capitalism. Perhaps Miliband’s most famous and important intellectual contribution came with the 1969 publication of The State in Capitalist Society, a sociological analysis of how the state in the advanced capitalist world was dominated by class interests, fundamentally undermining pluralist notions of the state as a neutral arbiter between competing interest groups.

In 1974, Ralph Miliband took up his role as director of the Lipman Trust. After leaving Leeds in 1978, Miliband became a roving academic teacher for the rest of his life, spending much time in North America. During the 1980s, he became increasingly involved in efforts to build and empower the independent left in Britain along with Tony Benn, Hilary Wainwright, Raymond Williams and others, encapsulated in the Chesterfield Socialist Conferences out of which emerged the Socialist Movement and the independent green-left magazine Red Pepper (1994). All of this was symptomatic of Miliband’s lifetime commitment to developing socialist education and thought within communities and outside of the narrow confines of academia.